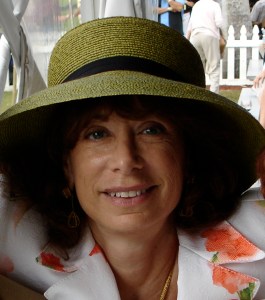 “In watercolor, the painting paints itself.” –Lian Quan Zhen

“My fascination with watercolors allows me to combine my drawing and composition skills with sculpting forms using endless color possibilities.”

Rande May received degrees from Pratt Institute (BFA) and Boston University (MFA). She pursued further study in watercolor painting at The Art Students League in NYC, the School of Visual Arts in NYC, the Art Armory in FL (with Garri Katz). She has also taken workshops with Judi Wagner, Sue Archer, and Lian Quan Zhen. Rande is past member of The Copley Society of Art, Boston, MA.

Rande May has exhibited a one-person show at Wilkes College, and won Best in Show at The Art Armory Art Exhibition in 2007 for painting. She is an exhibiting member of the Boca Museum Artists Association Gallery in DelRey, Fla, and currently exhibits at the Little Pond Gallery on Orr’s Island, Maine. She is is many private collections around the U.S.

Rande has had an extensive career designing commercial jewelry for well-known concerns throughout the US, including creating her own line of  hand-painted jewelry for Mercurio&Roi, Inc. She received a commission for an exclusive  jewelry collection for St. John the Divine in NYC. Her works were sold at the Javits Costume Jewelry Show in NYC. Sales to major department stores included Saks, Bloomingdales as well as other stores and catalogs nationally. Rande’s work was featured in Women’s Wear Daily, as well as other fashion and trade magazines.

Galleries that have featured Rande May’s work included Southeast Contemporary Crafts Museum Gallery in Winston Salem, N.C.  (as well as other prestigious galleries in Raleigh and Boone), Aaron Faber in NYC, and the Laura Kruger Gallery. She created works for a solo exhibit of works for sale at the Elaine Benson Gallery in Bridgehampton, CT. She has exhibited at galleries in Southampton, NY  and Society of Enamelists in soho, NYC.

Rande has also studied dancer for over thirty years, notably ballet and modern dance for two years at the  Richard Thomas Ballet School in  NYC, spending two summers at the American Dance Festival at Duke University. Since then she has studied yoga and massage.

Rande is presently doing private commissions and spends her time at homes in both Florida and Maine.